TOR was demolished, destroyed by Mitchell Rashid about 2015 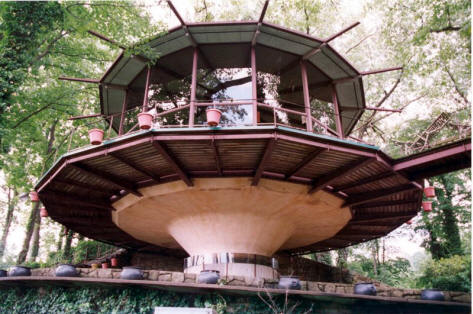 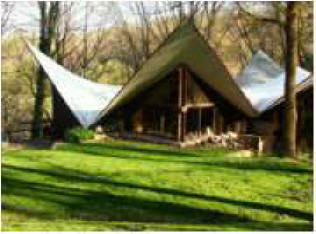 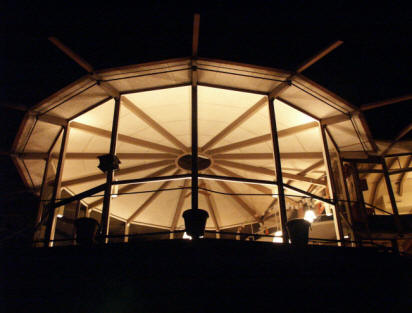 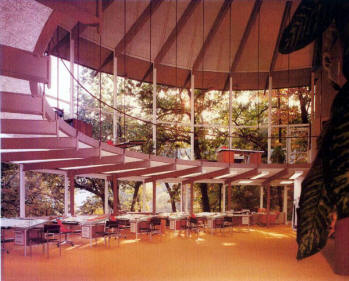 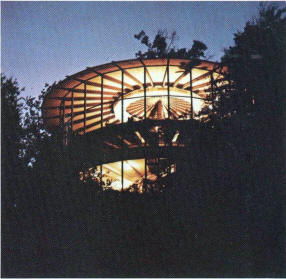 Little Rock is the home - studio of Ted Elden, just beyond TOR.
It has also been featured on the Home & Garden TV & Dwell Magazine.

That land and building is protected by a Land Patent, as recorded at the Kanawha County Courthouse.

Top O Rock is curved in floor plan and composed of many calculated, erected pieces fabricated by W. Va. Steel.
Little Rock is 10 intersecting squares in plan, but has 10 shell shaped undulating roofs.
Each roof section is like a pringle potato chip or a saddle for a horse.
It is primary wood construction, and simple to build, but complex to see & comprehend.

The Top O Rock structure was demolished by Mitchell Rashid in fall 2015.

Little Rock remains in good repair, a very unique building for all of West Virginia.
It was designed and built by Ted Elden, who like, Top O Rock got his building
featured / broadcast on Home & Garden TV on the Dream Builders program, many times.

This site maintained by Ted Elden ©, architect retired, who holds the land patent to the Little Rock property.